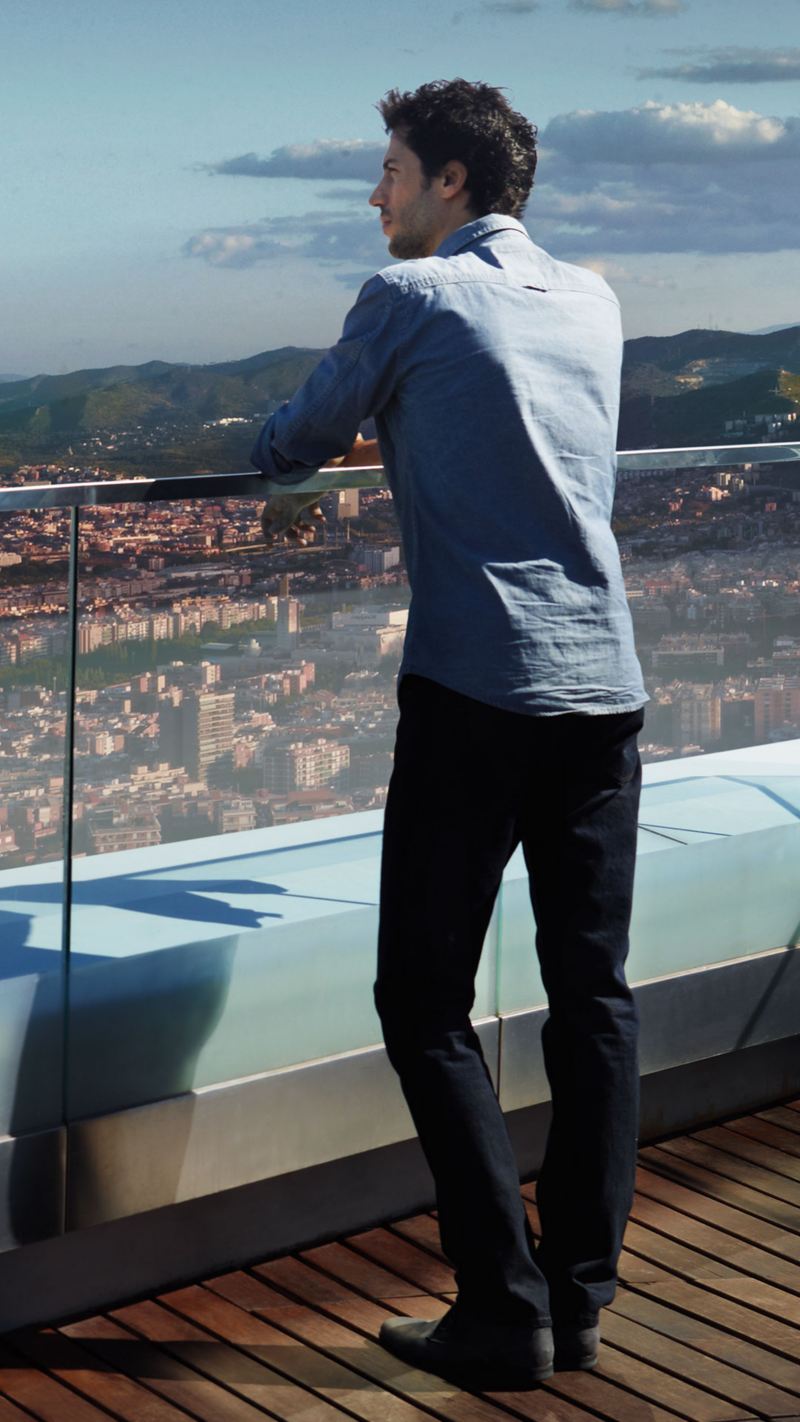 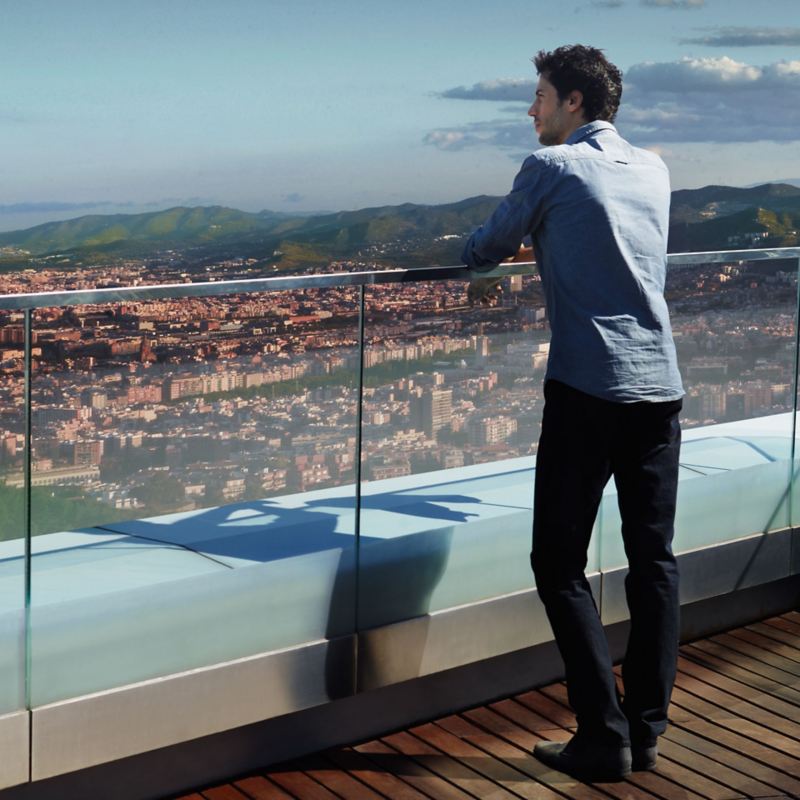 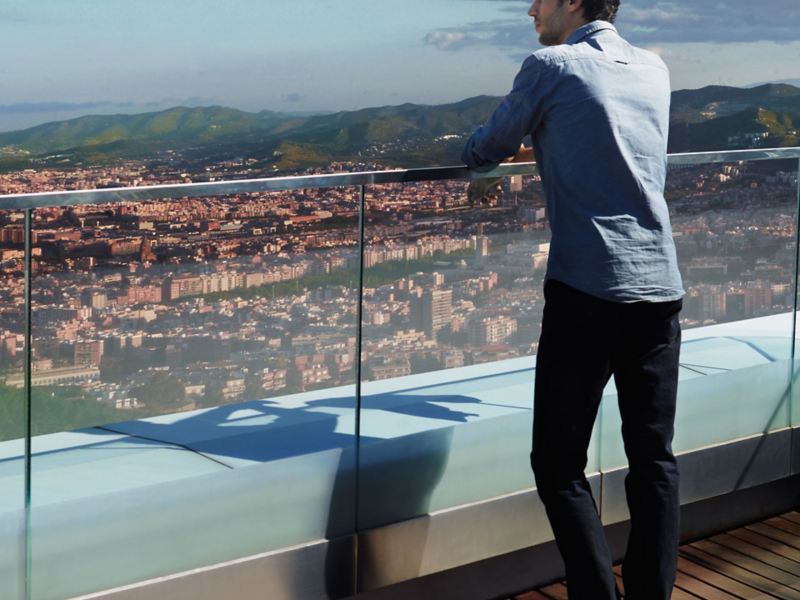 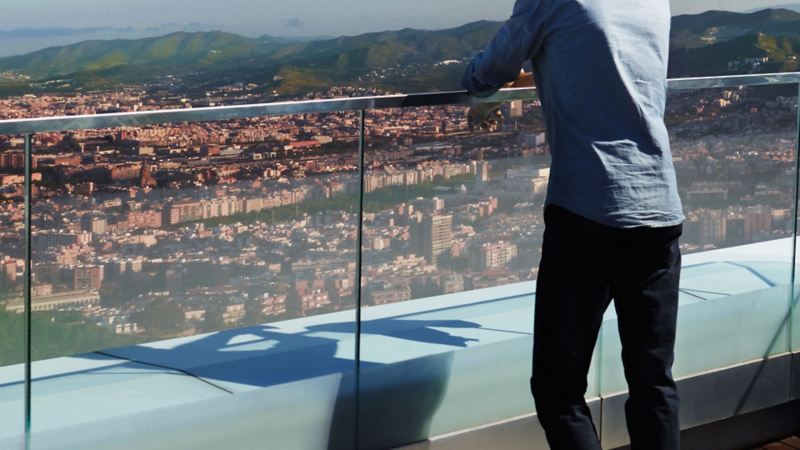 WLTP reforms vehicle manufacturers’ measuring and testing processes. You’ll find everything you need to know about the new approach here.

WLTP reforms vehicle manufacturers’ measuring and testing processes. You’ll find everything you need to know about the new approach here.

Better clarity thanks to WLTP

How much fuel does a vehicle consume? Volkswagen can now answer this question far more precisely with the new and standardized WLTP driving cycle. That’s because the new procedure for measuring fuel consumption and CO2 emissions is geared more towards everything driving behavior. And it has been the replacement for the old NEDC standard since September 2017.

What is the WLTP?

WLTP stands for Worldwide Harmonized Light-Duty Vehicles Test Procedure. This worldwide harmonized testing procedure for light-duty vehicles describes a new testing method to determine a vehicle’s fuel consumption. This procedure is based on real recorded driving data and helps to simulate realistic driving even under laboratory conditions. That is why WLTP not only takes into consideration various situations and speeds but also a vehicle’s different equipment variants and weight classes.

A vehicle's actual consumption may differ from the information provided by the manufacturer. That is why the reliability of the results measured using the New European Driving Cycle (NEDC) has always been criticized. This is due to the fact that real consumption is highly dependent on individual driving behavior and the vehicle’s equipment. One example is whether a vehicle is primarily used in the inner city, on rural roads or the highway. To address these differences, the theoretical framework of the NEDC has been revised to reflect a more dynamic driving profile. Drawing on statistical surveys and the analysis of average user profiles, this profile features higher acceleration, a higher average speed and a higher maximum speed. Instead of combining simulated urban and extra-urban driving, the vehicle is now tested in four phases and speed ranges.

The exhaust and consumption values measured as per WLTP must be specified for all new passenger vehicle models launched as of 1 September 2017. This applies in Europe and many other countries worldwide.

Since September 2017, new passenger cars launched onto the market must be provided with new consumption figures calculated according to the new WLTP standard. WLTP stands for Worldwide Harmonized Light-Duty Vehicles Test Procedure. This is a worldwide standardized testing procedure for determining fuel consumption and exhaust emissions. Find out what this means for you and your Volkswagen.

The new testing procedure has a modified driving cycle and stricter test specifications. These include a longer time span for the measurement along with a higher maximum speed. The changes at a glance:

Four speeds are measured on the rolling test bed after a cold start: up to 60, up to 80, up to 100 and more than 130 km/h. The vehicle brakes and accelerates repeatedly within these phases. The maximum speed is, thus, 10 km an hour higher than the NEDC. In addition, the average speed of approximately 47 km/h is also significantly higher (previously approx. 33 km/h). A temperature of 23°C is specified for the testing chamber. Previously, the NEDC required 20-30° C. The entire WLTP driving cycle lasts approximately 30 minutes. In contrast, the NEDC only requires 20 minutes. The distance has been more than doubled to 23 instead of 11 kilometers. Unlike the NEDC, WLTP takes into account specific optional extras and how they influence the weight, aerodynamics and energy consumption (standby current). Optional extras that consume energy, such as the air-conditioning or seat heating, remain switched off during the testing process.

Current emissions standards on the test bed and on the road.

While the NEDC, WLTP and RDE described the type of emissions test, emissions standards define the limits for harmful emissions, particles and CO2. Since 1 September 2018, all newly registered passenger vehicles in Europe equipped with diesel or petrol engines must be tested according to WLTP.

But what exactly is the difference between the two permissible standards?

In both cases, the vehicle starts by undergoing a test on the rolling test bed. After that, the RDE testing process is used to track what the exhaust emissions are like in realistic ambient conditions on the road. The difference between the two RDE tests is that the Euro 6d TEMP test checks the NOx emissions as well as the number of particulates.

From September 2019 onwards, all newly registered vehicles must meet the Euro 6d-TEMP-EVAP-ISC emissions standard. But what do all these abbreviations mean and what does the process involve? Get to know more about the new testing conditions here. 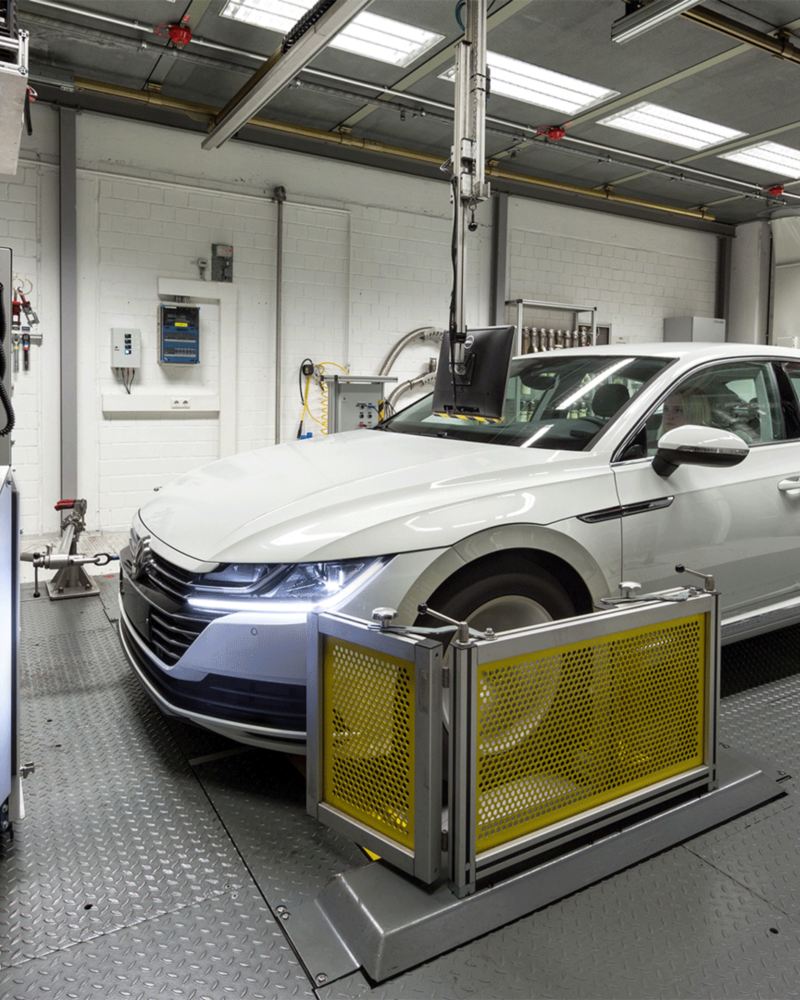 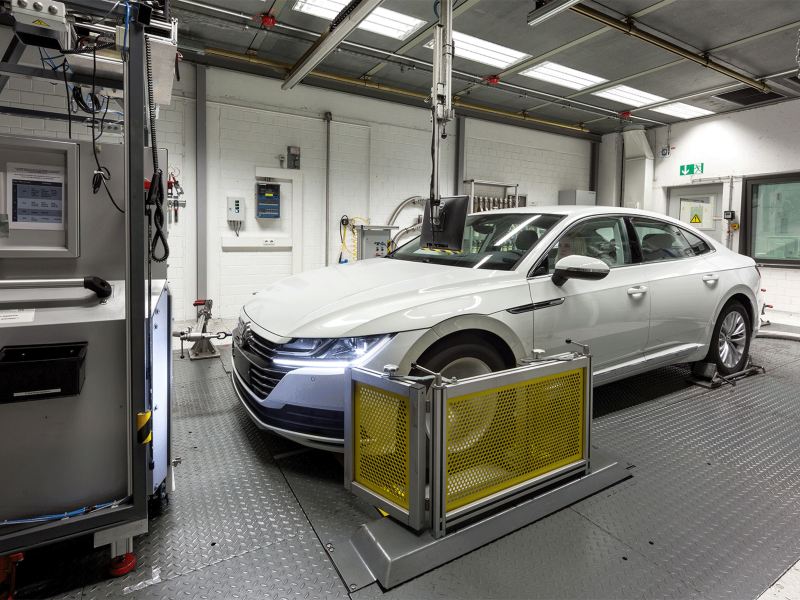 Emissions values and emissions standards
The following table shows the emissions standards that Volkswagen models comply with and lists their emissions and consumption figures. The CO2 value lies within the specified range depending on the equipment selected. The values are to be regarded as non-binding information and are valid as of April 2019.
PDF download

Longer distances, shorter idle times: WLTP puts the testing procedure for a vehicle’s measuring fuel consumption and CO2 emissions to the test. And this is how the driving cycles differ.

An overview of NEDC

The standardized NEDC applies for all passenger vehicles and light commercial vehicles. It was introduced by the European Union in 1992 in order to determine fuel consumption and vehicle-specific emissions and provide comparable values. The following overview shows you the framework on which these measurements are based.

An overview of WLTP

The Worldwide Harmonized Light-Duty Vehicles Test Procedure or WLTP is a worldwide standard for testing passenger vehicles and light commercial vehicles. From 1 September 2017 onwards, it has provided more realistic consumption specifications with its considerably more dynamic testing parameters. See the description in the following.

An overview of RDE

In addition to the WLTP process, measurements in Europe have also been taken according to the RDE test procedure since September 2017. RDE stands for "Real Driving Emissions". In contrast to NEDC and WLTP, emissions are not measured on the test bed but in moving road traffic. The emissions recorded during the drive on the road (NOx and particulates/fine dust) are designated as real emissions.

During an RDE measurement, the vehicle travels through a mixture of environments, consisting of one third urban, one third extra-urban and one third highway, with random acceleration and braking, though complying with the rules of the road at all times. An average speed of between 15 and 40 km/h and a maximum speed of 60 km/h are intended for urban driving; an average speed of between 60 and 90 km/h is intended for extra-urban driving. Vehicles can travel 145 km/h and up to 160 km/h for brief periods on the highway.

The vehicle is equipped with a PEMS measurement box (Portable Emission Measurement System). This device measures toxic emissions (nitrogen oxide and carbon monoxide). The trip lasts between 90 and 120 minutes. The exterior temperature must be between -7 and +35 °C and the air conditioning system can be switched on.

Goals of the new measurement procedure

The WLTP driving cycle redefines the testing parameters for determining fuel consumption and exhaust emissions. The benefits at a glance:

Estimates for a vehicle’s actual day-to-day consumption are more accurate.
WLTP utilizes a profile more similar to actual day-to-day usage than the previous NEDC standard. This approach is similar to a synthetic laboratory test and primarily serves to enable comparisons between different vehicles without realistically reflecting the actual consumption. Whereas the consumption values were previously measured under abstract laboratory conditions, the new procedure now enables a more precise prognosis of the vehicle’s actual consumption thanks to improved test parameters. WLTP aims to simulate realistic vehicle behavior in order to achieve far more realistic results.

The new WLTP standard ensures comparable test results worldwide.
One of the primary objectives of the WLTP approach is to provide a standardized means of determining exhaust emissions and energy consumption for different engine systems such as petrol, diesel, CNG or electricity. Vehicles of the same type must deliver the same test results everywhere in the world when the WLTP measurement procedure is followed correctly. This necessary comparability is also why laboratory measurement is essential.
For this reason, the fuel consumption and emissions are reliably analyzed on the roller dynamometer with a dynamic driving profile .

More realistic consumption information helps to achieve international climate targets and reduce the burden on the environment.
CO2 reduction is a key aspect of vehicle development. WLTP enables compliance with international CO2 limits to be checked and documented.
In 2010, the EU alone produced 4.72 billion tons of CO2 emissions. 19% was produced by motor vehicles*. In view of this, the European Union intends to reduce emissions by 20% by 2020**. The WLTP is designed to help achieve this goal. Just like fuel consumption, the CO2 emissions of a vehicle depend on the specific model. WLTP creates greater transparency when comparing the energy consumption and CO2 emissions of different vehicles. This makes the measurements independent of the manufacturer and vehicle type. They also tend to be higher than the NEDC cycle. As a consequence, individual models and their engines will be optimized with a view toward climate protection.

*) The information is based on the paper “Mobilität der Zukunft – sicher und geprüft” (Mobility of the Future – Safe and Tested), 16 March 2015, TÜV e.V.

**) The information is based on the paper “CO2-Regulierung für Pkw” (CO2 regulation for passenger vehicles) published by the German Economic Institute of Cologne in 2013. 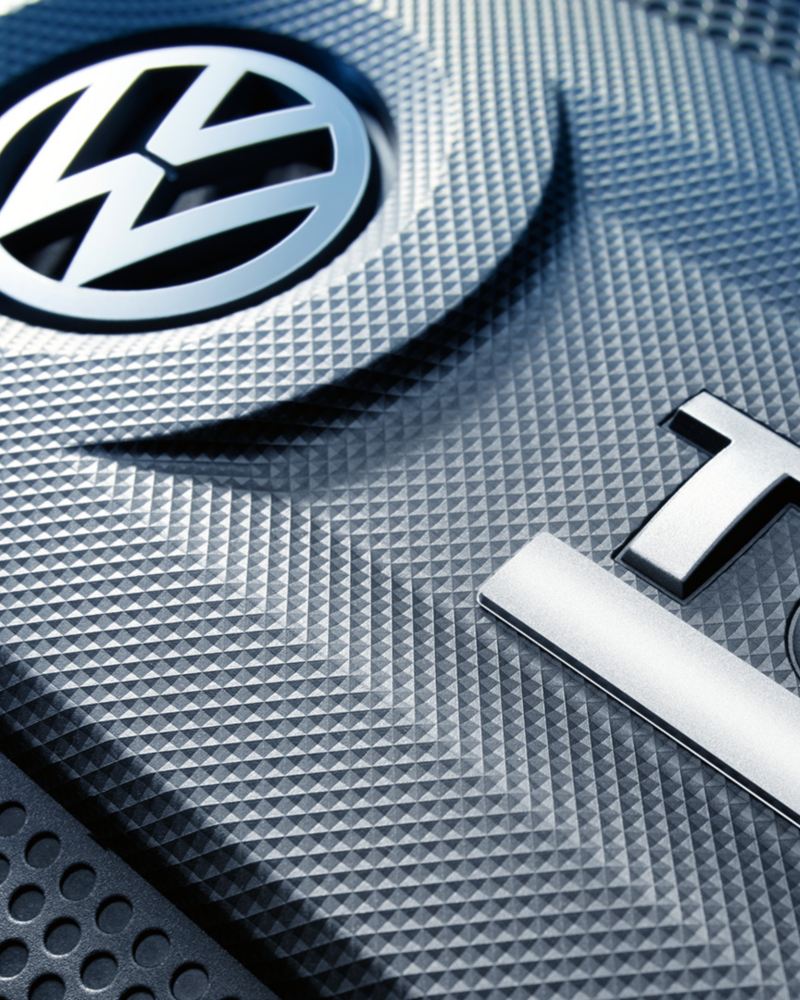 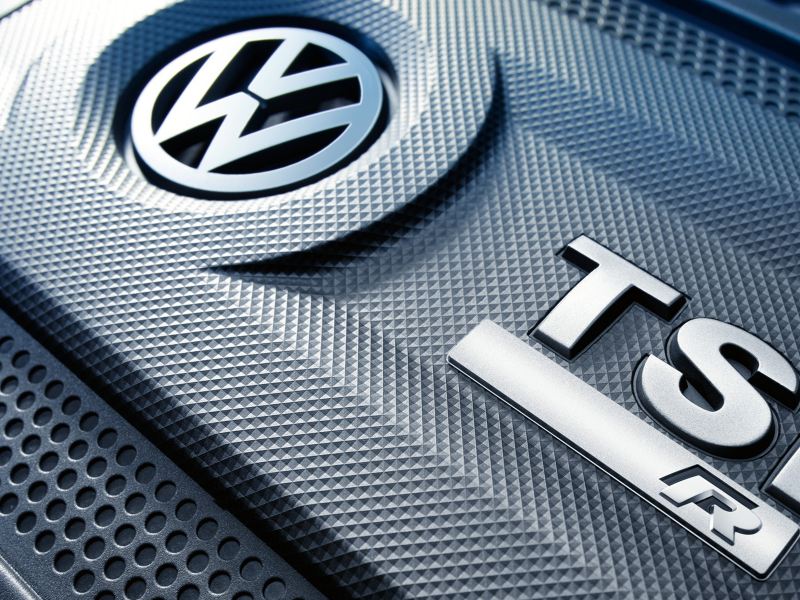 The easy way to save fuel
Your vehicle’s fuel consumption depends on numerous factors that you cannot influence. Nevertheless, a number of simple tricks can still help you to significantly reduce your fuel consumption.
Find out more

The most important questions and answers for the new consumption values.

Euro 6d-TEMP (temporary) and Euro 6c are the latest emissions standard and are mandatory for newly registered passenger cars until August 2019. They will be replaced by Euro 6d-TEMP-EVAP-ISC from September 2019.

The emissions standard and emissions class are stored in the configuration tool under Technical Specifications.

NEDC ("New European Driving Cycle") is a test-bed-based measurement process that has been in use across Europe since 1992 in order to record exhaust emissions and fuel consumption of passenger vehicles and light commercial vehicles.

NEDC has been replaced by the global standard for testing vehicles, the WLTP ("Worldwide Harmonized Light-Duty Vehicles Test Procedure"). The new procedure is intended to provide a more realistic representation of a vehicle’s consumption. This is based on a modified test cycle with stricter test specifications.

In addition to the WLTP, the RDE testing process (Real Driving Emissions) has been established in Europe to measure emissions in moving road traffic.

While the WLTP tests vehicles on a rolling test bed for 30 minutes using standardized conditions, the RDE test takes place on the open road. The RDE test takes place on a mixture of routes and applies random acceleration and braking, taking between 90 and 120 minutes in total. The other difference: the WLTP measures CO2, exhaust emissions and fuel consumption while RDE only measures exhaust emissions and particulates.

Yes, electric vehicles also have to be tested according to the new WLTP rules.

You can see the results for individual RDE journeys under the following link:
erwin.volkswagen.de

Further information can be found on the following page:
Switch from NEDC and WLTP

Your browser is outdated!

Please get a decent browser here or there